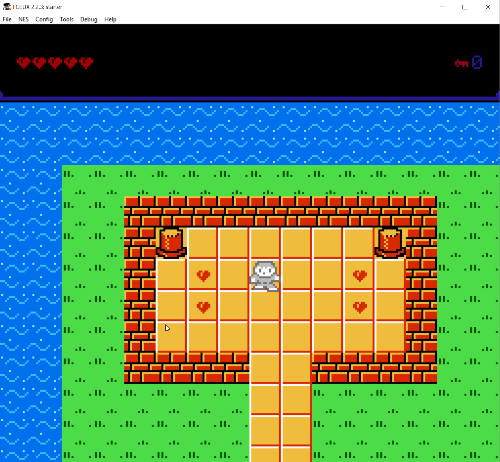 NES Starter Kit is a fully-fledged starter kit for NES games. It is the source to a top-down adventure game, alongside all of the tools needed to change it. It also comes with a guide to changing everything about it, which could also be titled “The dummy’s guide to creating an NES game”.

The idea is, download this (either via git or a zip file), set up the tools, run the game, then tweak it and make your own! With the right hardware, you can even play your game on your own NES.

The only thing this is not is an introduction to programming – if you have never programmed anything before, I suggest finding a tutorial online for C or C++, and getting a couple really basic programs working. (At the very least, find out what a “hello world” program is, and write+run one successfully.)